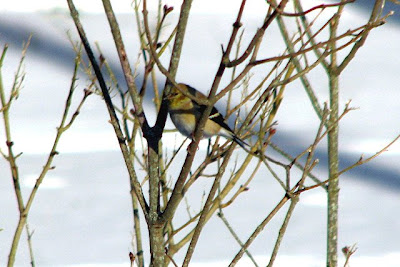 Before the tree removal... Feb 7

Sometime in the very near future, all these trees (30 of them) will be removed. It was going to happen this past Thursday but they were saved by yet another snowstorm.
Sad as it is, from what I understand the trees are diseased and are dangerous. Some are very obviously so, and are downright scary. 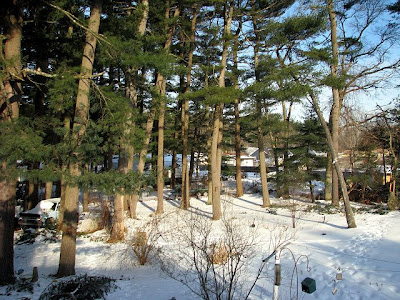 Hopefully I will be home when it happens and I'll get lots of pictures.
When you burn your pellet stoves next winter, think of us. :)
on February 07, 2009 No comments:

Email ThisBlogThis!Share to TwitterShare to FacebookShare to Pinterest
Labels: trees

I know! 2/6! I'll make it up though. I just dropped off the film I've been working on, so I should have pics from that to post.
I stopped by one of my favorite spots by the river to get some photos. Eh, they were so-so...one of them was the last frame of the 35mm film mentioned above. 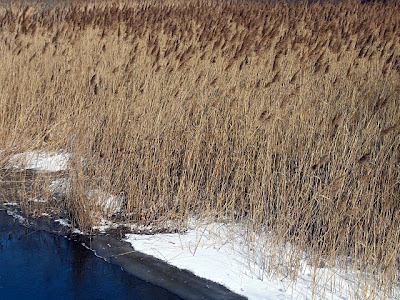 These plants, I'm not sure what they are, maybe wild rice? I dunno but the picture doesn't do them justice. They have to be at least 10 or 12 feet or more tall. Not only does my picture not convey that size but it really doesn't do them justice as to how pretty they are...or maybe it's me again, I see beauty where most people don't. So maybe they're just not all that pretty. lol. Anyway, I guess I'm critiquing my own photographs. 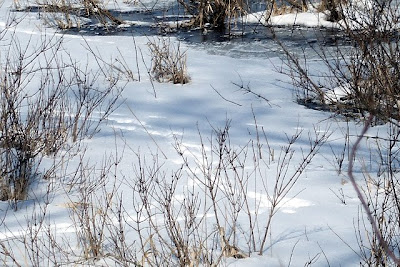 I also took pictures at the same location, of a deer carcass sticking out of the snow. I'm morbid too I guess, but at least I'll say it was NOT pretty. It definitely had a broken leg and was being- ok, it was providing nourishment to other critters who would possibly not survive without it. Thank you, deer. But I won't post those pictures here.
on February 06, 2009 No comments:

Looking out the second story window, pointing the camera up, there were these Mourning Doves huddled together keeping warm in the cold winter sun. 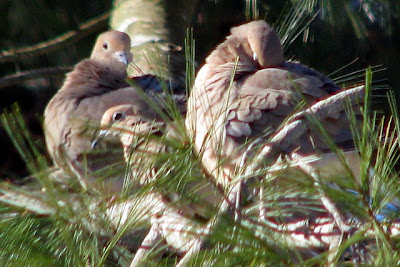 Do you see the ghost sitting in this chair? Yeah, me neither. But that could be because it's invisible. Hmmmm.
I've been taking pictures with my 35mm camera lately and few to none per day with the digitals. I'll try to do better. When I finally get the film developed I'll have some pics to fill the gaps hopefully. 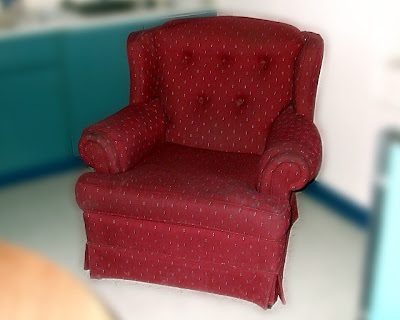